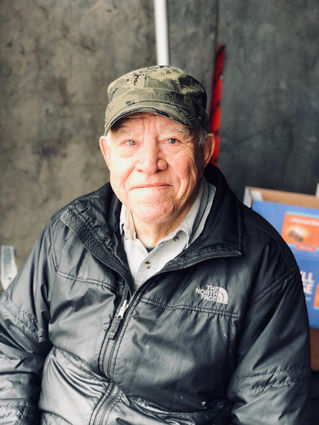 Wayne was born June 16, 1945 in Cornwall, the son of the late Angus and Florence (Jacobs) Thomas. He attended Salmon River Central School and later graduated from Toronto Welding School. On May 10, 1969, he married Debbie M. Hart at St. Regis Catholic Church. They recently celebrated their 50th Wedding Anniversary with a gathering of family and friends.

Wayne was an ironworker with Local 440 for many years. He was a lifelong communicant of St. Regis Catholic Church and in recent years enjoyed mowing the lawns at the church and at St. Lawrence Cemetery. He enjoyed playing Bingo, visiting with his family and friends, watching his grandchildren play lacrosse, fishing and sitting by the river. He was an avid New England Patriots and Boston Bruins fan. Wayne will fondly be remembered for being a jokester, he was well known in the community as "Levi, Chicken, Brother Jake and Lemuck." Guaranteed, that if he gave you a nickname, it stuck for life.

Wayne is survived by his loving wife of 50 years, Debbie; his children, Margaret Thomas-Jock and her husband, Timothy Jr. and Dwayne Thomas and his wife, Courtney; his grandchildren, Ashley, Turner, Ethan, Gabrielle, and Dayne; his siblings, Rose Jacobs, Ronald Thomas, Roger and Laura Thomas, Steve and Candy Thomas, Gaylord and Geraldine Thomas, Tom and Leona Thomas; his aunts, Isabelle Francis and Shirley Jacobs; and many nieces, nephews, and cousins.

In addition to his parents, he was predeceased by a brother-in-law, Joseph Jacobs and a sister-in-law, Ida Thomas.

Memorial contributions may be made in his memory to the Church Steeple Project.