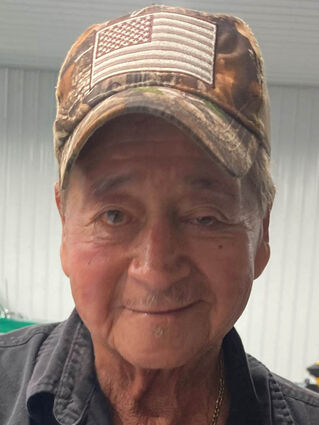 AKWESASNE – Robert J. Tarbell, affectionately known as Bobby or Lubby, 75, of 1100 State Route 37, passed away Sunday, January 8, 2023 at his home peacefully in his sleep.

Lubby was born on December 7, 1947 at the family home in Hogansburg, the son of the late Lawrence and Charlotte (David) Tarbell. He entered the US Army on July 27, 1967, serving his country until his honorable discharge on July 25, 1969. On August 23, 1975, he married Jane M. St. Ann at St. Regis Catholic Church with Rev. Francis Arsenault, officiating. She predeceased him on April 10, 2018.

Lubby worked for Green Island Construction, Delaney, and briefly with Danko Construction. He was a member of the Akwesasne Death Benefits Group and member of the Andrew W. Cook American Legion Post #1479, where he enjoyed visiting with his fellow comrades. He enjoyed visits to the casino, and Speedway for Quick Draw and Scratch-off tickets. Lubby also enjoyed feeding the birds, spending time with his grandchildren, and will fondly be remembered for making fires.

He is survived by his children and their spouses, Tina and Wil, Robert Jr. and Donovan Bradford, Tammy and Eric, Katy, and Alee and Aaron; his beloved grandchildren, Ky, Kason, Kendra, Kakwirahoron, Iotsienhiio, Roneratatenion, Jolee, Nugs, Honey, and Haiden; and his great grandchildren, Quill, Konna, and Lub.

He is also survived by his sisters, Catherine and Ward Cook, Millie and Ronald Cook, Florence and Randy Cook, and Rose and Ohara Oakes, all of Akwesasne; his brothers, Basil and Karen Tarbell of Akwesasne, Dave and Marlyn Tarbell of Bombay, and Mitch and Terry Tarbell of Schenectady; and numerous nieces and nephews.

Friends called at his home, 1100 State Route 37, beginning at 11:00 AM on Wednesday until 11:00 AM Thursday when a service celebrating his life was held.