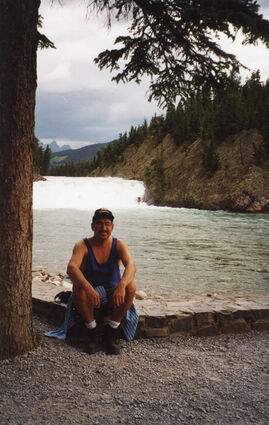 Michael was born in Cornwall on July 10, 1957, the son of the late Alex Wilson and Cecilia (Mitchell) Lazore. He was raised in Snye where he attended Snye elementary schools before going to Bishop MacDonnell School and graduated from General Vanier High School. He continued his education at St. Lawrence College and studied culinary arts at Algonquin College in Ottawa. He used his education and great love for cooking to become a chef and bartender at various restaurants in Akwesasne, Cornwall, Ottawa and Banff, Alberta before returning to the Akwesasne area.

Michael is survived by his sisters, Vivian Smoke and Charlotte Lazore and his brothers, Kenneth, Gerald, and Stephen (Jeannine) Lazore, all of Snye; his godchildren, Kim, Sheri, and Jason Lazore and Charlie Sunday; and numerous nieces and nephews.

In addition to his parents, he was predeceased by a brother-in-law, Carl Smoke and sister-in-law, Beverly Lazore.

Friends may call at the Akwesasne Homemaker's beginning Friday 5:00 PM until 10:00 AM on Saturday. A Mass of Christian Burial will be celebrated Saturday 11:00 AM at St. Regis Catholic Church with Rev. Jerome Pastores, officiating.

In lieu of flowers, those wishing may consider memorial contributions to be made in his memory to Partridge House.