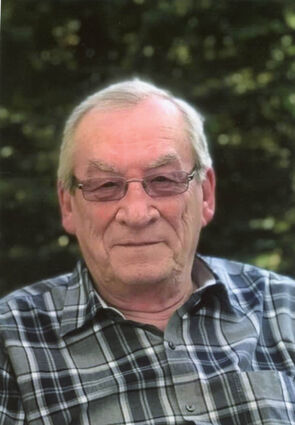 MASSENA – Gary Brian Fuller, 87, unexpectedly passed away Wednesday evening, October 5, 2022, at Massena Hospital. Through his death and Gary's generosity, his family chose for Gary to be a tissue donor.

Gary was born on July 22, 1935, in Hogansburg, the son of the late Howard and Bertha (Garrow) Fuller. He attended Massena Central Schools, graduating in 1953. Gary faithfully served his country from 1954 as a Private First-Class Radio Operator until honorably being discharged in 1956. He continued to serve in the United States Army Reserves until 1962. On May 8, 1959, he married Gail P. Hebert in Massena, they were blessed with a son and two daughters, before her passing away on June 21, 1986. Gary was fortunate to have found love a second time with Fay LePage Scully. She would be lovingly by his side until his passing.

Gary worked briefly at Alcoa before joining Central Foundry, later known as GM Powertrain in 1959. He worked for 41 years as a journeyman Die Cast Diemaker until his retirement in 2000. Gary began volunteering for SeaComm Federal Credit Union in 1963, serving his first year on the Credit Committee and his second year on the Supervisory Committee. In 1965, he was elected to the Board of Directors as Secretary, where he continued in the role until his passing. In 2013, SeaComm planted a tree in honor of his 50 years of Board leadership service. In 2018, SeaComm named their new boardroom the "Gary B. Fuller Boardroom" for his years of dedication and leadership promoting that "Members come first, that's the bottom line."

Gary enjoyed spending time with his family and friends, bowling, hunting, daily crossword puzzles, watching NASCAR, and weekly Thursday night dinners at the Italian American Club of which he was a member. He also had a great love for making several varieties of wine at the Fermented Grape in Cornwall, including his signature "Gary Berry Merlot," which he generously shared with everyone. Additionally, Gary had a great love for travel. In 1980, he flew to Hawaii to sail on the USS Ranger back to San Diego with his son, Rick. Gary and Fay would later travel with his sister and brother-in-law, Paula and Ben Harvey to Cartagena, Venezuela, Mexico, Costa Rica, Panama, and Nicaragua. Gary was looking forward to a return trip to St. George Island, Florida with his family in the spring. Gary was also a member of the Moose Lodge 1110 and the American Legion Post 79.

In addition to his parents and his wife, Gary was predeceased by his sister, Audrey Zegarelli; his brothers, Bruce and Dallas Fuller; and Fay's son, Sean Scully.

Arrangements are under the care and guidance of the Donaldson Funeral Home, Massena, where friends may call Friday, October 14, 2022, from 4 - 7:00 pm. A funeral service celebrating Gary's life will follow at 7:00 pm.

In lieu of flowers, those wishing may consider memorial contributions to be made in his memory to the Massena Rescue Squad, PO Box 5314, Massena, New York, 13662 (www.massenarescuesquad.org/donate/)