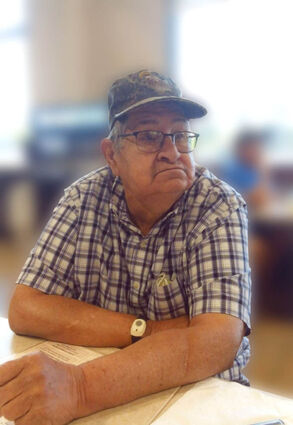 Tom was born on November 29, 1943, in Potsdam the son of the late Peter J. and Myrtle E. (Roberts) Terrance and attended local schools. On May 29, 1965, he married Barbara J. Dillabough at the Hogansburg Methodist Church with Rev. Leonard Owens officiating. She predeceased him on November 28, 2009.

Tom worked in the pot rooms at Alcoa until his retirement after 38 years of service. He was a member of the St. Regis Mohawk Senior Citizens and the Calvary Baptist Church. Additionally, he was a ham radio operator, an avid hunter and fisherman, and greatly enjoyed his visits to Walmart and Twin Leaf Diner.

In addition to his wife and parents, he was predeceased by a son, Shane Terrance; a daughter-in-law, Roseann Terry; and his brothers, Gerald and John Terrance.

Arrangements are under the care and guidance of the Donaldson Funeral Home, Massena where friends may call on October 8, 2022, from 10-12:00 PM with a prayer service being held at 12:00 PM.

In lieu of flowers those wishing may consider memorial contributions to be made to the St. Regis Mohawk Senior Citizens.

Memories may be shared, and condolences offered to the family online at http://www.donaldsonfh.com.