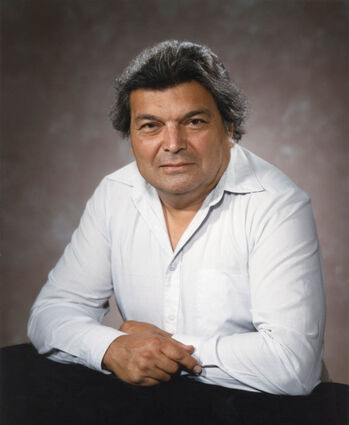 Phil was born on September 1, 1937, in Rochester, the son of the late Philip and Clara (Garlow) Rybke. He attended schools in Rochester and graduated Edison Tech in Rochester. On January 15, 1983, he married Edith Gadway in Albion, New York.

Phil was very proud of his Mohawk and Oneida heritage. He was an avid hunter, fisherman, skilled carpenter, and tree planter. He was employed at Eastman Kodak Company in Rochester for many years and was a machinist at Alcoa in Massena when he and Edith moved to Akwesasne. Phil was an avid Buffalo Bills fan and loved country music, especially Johnny Cash.

In addition to his parents, he was predeceased by a sister, Annette Fitzbag, and a stepdaughter, Carmen Tarbell.

Arrangements are under the care and guidance of the Donaldson Funeral Home, Massena, where friends may call Sunday 1-5:00 PM and Monday 9-11:00 AM, prior to his funeral service at 11:00 AM.

In lieu of flowers, those wishing may consider memorial contributions to St. Jude's Children's Hospital, a charity of one's choice or plant a tree in his memory through his obituary on the funeral home website.

Friends may share memories and offer condolences online at http://www.donaldsonfh.com.