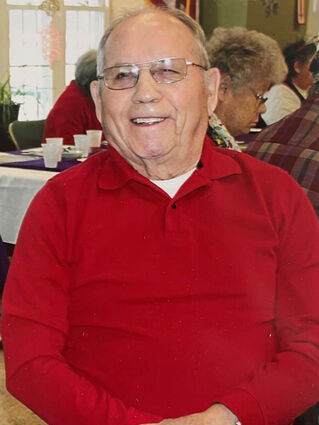 Jimmy was born on May 20, 1929, at the family home in Akwesasne, the son of the late Peter and Louise (Thomas) Bero.  He attended St. Regis Mohawk School and Bombay High School, where he played basketball and baseball.  During the Korean conflict, he was drafted into the US Army, where he served his country until his honorable discharge.  On January 31, 1960, he married Beatrice King at St. Regis Catholic Church with Rev. Michael Jacobs officiating.  She predeceased him on December 16, 2018.

Jimmy worked construction for many years, first with the construction of the St. Lawrence Seaway and with Laborer's Local in Massena.  He later started with the Salmon River Central School as a custodian at the St. Regis Mohawk School where he retired.  He was a lifelong communicant of St. Regis Catholic Church, a member of the Akwesasne Death Benefits, St. Regis Mohawk Senior Citizens, and the Andrew W. Cook American Legion Post #1479.  Jimmy also enjoyed visits to the casino, playing cards, and Bingo.

Jimmy is survived by his sons, Rory "Buddy" and Rosalie Bero of Bombay and Moochie and Leslie Bero in Akwesasne; his stepdaughters, Veronica and Jerry Thompson of Akwesasne; his grandchildren, Nicole and Nathan Bero, Dale George Conners, and Michael and Mitchell Gardner; Derrick King, Caralee, Justin, Charlan, and Aliyah Thompson; his great grandchildren, Bronson and Bryce Bero, Mylah McDonald, and Andre Thompson.

In addition to his parents and wife, he was predeceased by his sisters, Isabelle and Beulah in infancy and Peggy Cole; and his brothers, George and Donald Bero.

Arrangements are under the care and guidance of the Donaldson Funeral Home, Massena. A Mass of Christian Burial was celebrated on Saturday at The St. Regis Catholic Church with Rev. Jerome Pastores celebrating. Burial with military honors followed at Kateri Cemetery.

In lieu of flowers, memorial contributions may be made in his memory to the St. Regis Mohawk Senior Citizens, PO Box 1160, Akwesasne, NY 13655.

Friends may share memories and offer condolences online at www.donaldsonfh.com.