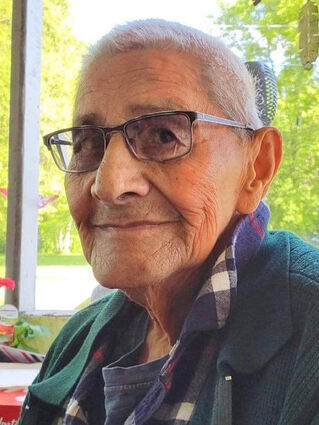 Francis was born June 11, 1934 in Morristown, New York, the son of the late Frank and Mary (Gray) Cree. He attended school in Bombay and later married Catherine David on October 8, 1955 in St. Regis Church. She later predeceased him on April 24, 1992. Francis worked as a laborer for the Local #322 union for over 25 years retiring in 1985. At one time he worked for SRMT on the waterline project.

He enjoyed going to the casino, scratch off tickets, pull tabs and fiddling music. Francis also enjoyed doing crossword puzzles and spending time with his family and grandchildren. He was a member of Death Benefits and AA for over 40 years. He would always make sure to have candy and gum available for any children he may run into and could be heard saying, "You need any money?"

Friends and Family were invited to call at 19 Pyke Road. A funeral mass was celebrated on Tuesday, August 2, 2022 at The St. Regis Catholic Church.

Memorial contributions in Francis's memory may be made to Hospice of the North Country, Akwesasne Mohawk Ambulance or Hogansburg Akwesasne Volunteer Fire Department.

Arrangements are under the guidance of the Donaldson Funeral Home in Massena where memories and condolences may be shared online with the family at http://www.donaldsonfh.com