Updated: 'He rightfully reclaims being considered the greatest athlete in the world' 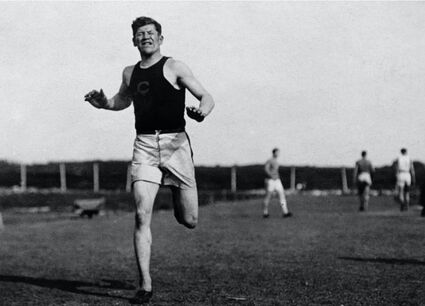 Jim Thorpe, Sac and Fox, was the first Indigenous person to win an Olympic gold medal for the United States, taking wins in pentathlon and decathlon in the 1912 Olympics. He is shown here running in Stockholm, Sweden, during Olympic track practice. (Photo courtesy of Cumberland County Historical Society)

By Jourdan Bennett-Begaye and Kolby KickingWoman.

Perhaps the greatest Olympian, Jim Thorpe, is back on top.

The International Olympic Committee has corrected the record books to reflect Thorpe's Olympic victories for the decathlon and pentathlon...