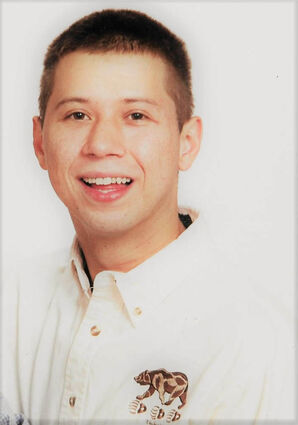 Ryan was born on October 9, 1979 in Massena, NY. He is survived by his parents Dale and Marilyn White, his sons Oren White and Warren White, his twin sister Rowen White (Gordon Hellegers), and her children Maizie and Moss; his uncles Hollis White and Dean White (Rosemary) and is preceded in death by his loving grandparents Lincoln and Emily White and his aunt Denise White among others.

Ryan graduated from Longmont High School in Colorado in 1998 where he excelled in many sports. In 1997 his basketball team went to the Colorado State championships. He was a starting wide receiver on the Longmont High Football team and played basketball on the varsity team. Ryan continued his interest in basketball by playing intramural leagues in college and beyond.

Ryan went on to college and received a BA in Cultural Anthropology (Native American Studies) in 2002 from the University of Northern Colorado in Greeley Colorado. While a student at UNC he received national recognition by cofounding an anti-mascot group "The Fighting Whites," protesting the use of derogatory Native American sports mascots. This effort raised awareness and also fundraised for the American Indian Scholarship Fund.

Following graduation, Ryan worked at the Mohegan Sun Casino in CT, then returned to Akwesasne, where has worked over the last 15 years at Saint Regis Mohawk Tribe's Bingo Palace and most recently as the CEO of a highly successful tribally licensed cannabis dispensary. Ryan held many TV interviews for the dispensary and helped the store to become one of the first ones to open.

Ryan loved basketball, golf, and hip-hop music. He was funny, and intelligent and would always make everyone laugh. He loved his two sons, and he will be missed by his family and community.

Services will be held privately for the family.

Arrangements are under the care of the Donaldson Funeral Home in Massena where memories and condolences can be shared online with the family at http://www.donaldsonfh.com