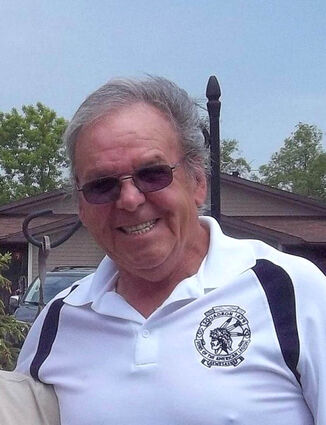 Skip was born on December 16, 1944, in Syracuse the son of the late Abram G. and Margaret (Lazore) Herne. He first attended Sacred Heart school before going to St. Regis Mohawk School and later to Salmon River, when he left at age 16 to work. He later achieved his high school diploma and graduated Morrisburg Heavy Equipment School. On December 25, 1970, he married Lillian Chevette in Utica, she later predeceased him.

Skip has worked for various companies throughout his life. As an ironworker with Local 440 and truck driver, he worked and traveled throughout the country. He was also a self-employed farmer and worked for Howie Jock for several years. He was a member of the Sons of the American Legion in Hogansburg Post #1479. Throughout his life, Skip enjoyed horses, farming, fishing, riding on his pontoon, and relaxing at the casino. He also enjoyed playing pool and shuffleboard and spending time with his grandchildren.

Skip is survived by his longtime companion, Sandra Cook; his children, Elizabeth Antone, Lillian Herne, Roger Herne, and Gail Jean Wall; his stepchildren, Beatrice and Katherine; his companion's children, Ronald and Mike Cook, and Christine Caldwell; many grandchildren and great grandchildren. He is also survived by his sister, Ruth Bell; his brothers, Dexter "Dusty" and Christopher Herne; and many nieces and nephews.

In addition to his parents, he was predeceased by an infant daughter, a brother, Richard L. in 2010; his sisters, Donna Herne, Mary Louise Newfang, Barbara Herne, Linda Merryweather, and Anna May Cleary; and a chosen son, Charles Cook.

Friends may call at his home, 986 State Route 37 beginning 6:00 pm, Wednesday until 11:00 am Thursday when his funeral service will be held.

In lieu of flowers, those wishing may consider memorial contributions to be made in his memory to the Sons of the American Legion, Hogansburg.

Arrangements are under the care and guidance of the Donaldson Funeral Home, Massena, where memories may be shared, and condolences offered online at http://www.donaldsonfh.com.