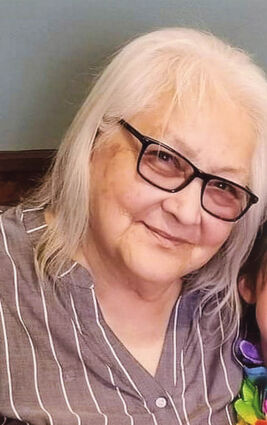 Pat was born on March 17, 1951, in Kanatakon, Quebec the daughter of the late William and Phoebe (LaFrance) Francis. She first attended St. Regis Indian Day School, before graduating from St. Joseph's High School. She continued her education at University of Ottawa, where she achieved her bachelor's degree. On June 1, 1968, she married Harvey Paul Boots at St. Regis Catholic Church.

Pat worked for a time at a factory in Rochester before returning to Akwesasne. After coming home, she was a substitute teacher at Salmon River Central School for a few years before starting her career with Mohawk Council of Akwesasne, where she was currently working in the Akwesasne Family Wellness Program. She also was instrumental in starting the North American Cultural Center in Rochester. As a strong believer in traditional ways, medicines, and ceremonies, she was extremely passionate about participating and teaching the many ceremonies of the Longhouse. She was a member of the Akwesasne Death Benefits, loved to travel, play bingo, and cherished the time she was able to spend with her family.

She is also survived by many spirit sisters and brothers including, Diane Longboat Diane Boots, Kim Chubb, Hattie Edwards, and Jennifer Francis who is also her sister-in-law; and numerous nieces, nephews, and cousins.

In addition to her parents, she was predeceased in death by her siblings Stanley Francis, Phyllis Terrance, Linda Tessier, Martha LaFrance, and Bill Francis.

Arrangements are under the care and guidance of the Donaldson Funeral Home, Massena, where friends called on Monday and Tuesday of this week. Funeral Services were held at the funeral home on Wednesday with burial to follow in Solomon Road Cemetery.

In lieu of flowers, those wishing may consider memorial contributions to be made in her memory to the Mohawk Nation Longhouse for building and property maintenance.