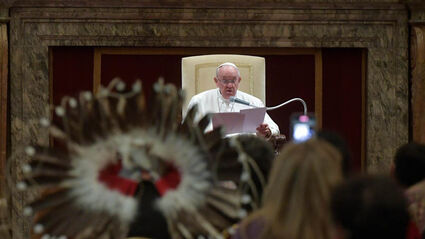 Speaking to an Indigenous delegation, many that traveled very far from their homeland to the Vatican, Pope Francis said he felt "shame" for the role Catholics have had "in the abuses you suffered and in the lack of respect shown f...