From her home in the Adirondacks, Polish WWII survivor reflects on war in Ukraine 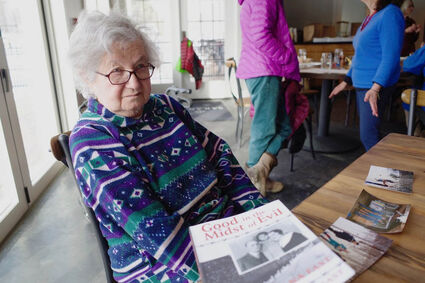 Dana and her daughter Yvona Fast are republishing Dana's memoir under a new title, "Good in the Midst of Evil." Photo: Emily Russell.

When Dana Fast was eight years old, her world was upended. Fast was living in an upper-middle-class secular Jewish family in Warsaw, Poland when World War II began.

"I was a pampered girl and all of the sudden I was in the war," says Fast.

She and her family moved to the infamous Warsaw ghetto and later went into hiding for years during the Holocaust. Fast's father was killed by the Nazis in 1943. She had nightmares for years about that time in her life.

Fast eventually moved to the US in the 1960s, living in Chicago and Philadephia before settling in the Adirondacks. From her home in Lake Clear, she's been watching in recent weeks as the war has unfolded in Ukraine, with Russian forces killing Ukrainian troops and civilians, destroying the homeland of millions of people.

"I really feel so much for the people in Ukraine," says Fast.

Similar to what happened in World War II, families are being torn apart, towns and homes are being bombed, and for Fast, some of the war is unfolding in what used to be her homeland.

"So many cities that I'm seeing now on the news, they were Polish cities at the time," says Fast. "They are talking about Lvov and they call it Lviv. This was the big Polish city."

Lvov was part of Poland until 1939. The Soviet Union then annexed the city in 1939 at the start of the Second World War. Decades later, it became part of Ukraine when the nation declared independence from the Soviets in 1991.

There's a long history of battles over borders in Eastern Europe. Dana Fast's daughter, Yvona, says the memories of those who lived through World War II should be preserved.

"It's an important part of history, particularly with what's going on in Ukraine," says Yvona. "We see history repeating itself and I think people need to know about this."

Ten years ago, Yvona helped her mother write a memoir about her time during the war, which the two are now republishing under a new title, 'Good in the Midst of Evil.'

On a sunny day in Saranac Lake, Fast sits at a local restaurant overlooking Lake Flower. Friends and family are gathering as an early birthday celebration for Fast, who turns 91 on March 30.

Fast says this latest chapter of her life, in the Adirondacks, is completely different from the life she led in Poland. It's a happy chapter. 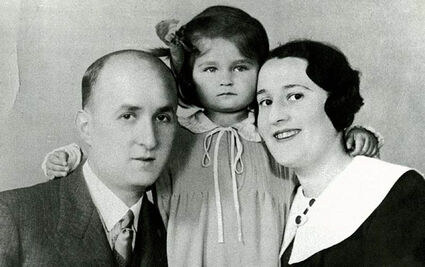 Sitting with one of her friends, Fast looks over old photos of them out in the woods. "This is on snowshoes but I was a lot on cross country skis," says Fast.

She loved to ski by moonlight in the Adirondacks, "and boy it was cold," Fast recalls. "I remember one winter, we were sitting in the lean-to and I always carried a thermos of hot cocoa, because it was good. And I was pouring the hot cocoa and it froze."

As she approaches her 91st birthday, Fast has been reflecting on the arc of her life. She went from a pampered girl in Poland, to a war refugee fearing death during the Holocaust, and finally to a life full of happiness and adventure in the Adirondacks.