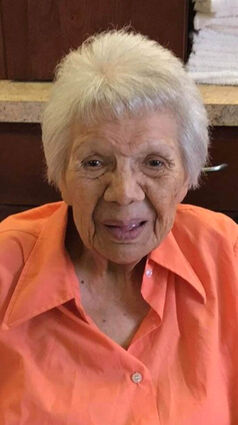 Julia was born on June 20, 1925 on St. Regis Island, the daughter of the Jacques "Jake" and Felicite "Christie" (Sawatis) Mitchell. She attended schools in Akwesasne and attended an International Correspondence School in Vermont. In 1948, she married Richard N. Beers in Syracuse; they had their marriage blessed at St. Regis Catholic Church in 1952. In 1973, Richard predeceased her while living in Rock Island, Illinois.

Julia was a homemaker, but also worked for several years in factories. First, she worked at the General Electric Plant in Syracuse for 3 years before going to work at Sylvania Television Plant in Seneca Falls. During World War II, she worked in a civil defense plant in Rochester. During the 50's she worked at Native Lace Company in Glens Falls and later at a tool plant in Ballston Spa. Throughout her life, she enjoyed knitting and crafting, listening to gospel music, Christian reading, and also enjoyed playing the spoons while listening to Cajun music.

In addition to her parents and her husband, Julia was predeceased by a daughter, Diana Bailey on September 27, 2017; her sisters, Eva M. Brower and Mary Garrow Rourke; and her brothers, Andrew Patrick and John Roman Mitchell.

Friends called at the Donaldson Funeral Home, Massena on Tuesday, Decmber 7, from 11:00 AM until 1:00 PM. A Mass of Christian Burial will be held privately at St. Regis Catholic Church. Burial will follow in St. Joseph's Cemetery.

Memories may be shared, or condolences offered online at http://www.donaldsonfh.com.