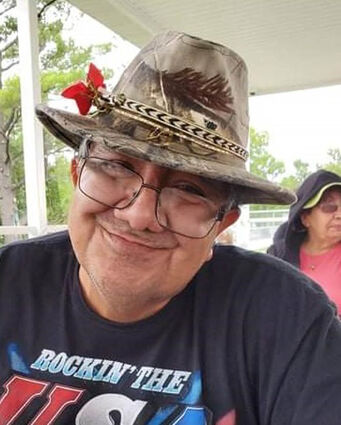 On October 6th, 2021, Arthur J. (BooBoo) Herne 67 of 378 State Route 37, Building 15 Akwesasne, peacefully began his journey to the spirit world after a short, but fierce battle with cancer at the Champlain Valley Physicians Hospital with his daughter Heather, the apple of his eye, by his side. Arthur lived life with a passion and loved his family and friends with the same intensity in all that he did. He was always the first to shout out a greeting and throw his hand in the air waving hello. He was generous and helpful with all that he had.

Arthur was born February 9th, 1954 into the loving arms of James and Mary (Lazore) Herne, who predeceased him. He will be forever missed by his only daughter Heather Herne (Derek), a grandson Ronerahtenonwes Parker Barnes and his siblings, Raymond Herne (Sesi), Wilbur Herne (Alice), and Kathleen Herne (Mark). His nieces and nephews all had a special place in his heart, and he would always ask about them all, right to the very end. Danielle Woolf (David), Amber Montour (Thanaokate), Sarah Rourke (Atonwa), Jenna Herne (Wayne), Jonathan Herne, Marcy Herne (Tom), Mary Herne (Andre), Sean Herne, Louis Francis, Abraham Francis, Isaiah Thompson, Jacob Thompson, and Arianna Thompson. He is also survived by many cousins and friends.

Booboo was known for his infectious smile, laughter, and ability to spin a story to convince unknowing listeners about his amazing adventures and many projects. His love for Nascar and racing began at an early age as did his lifelong friendship with William (Billy) Cook. Being a member of the pit crew for close to 30 years, the M70, Mohawk Express team was one of the most important loves of his life.

Upon graduation from Salmon River Central School, he went to Marine boot camp in Parris Island, South Carolina. He was a very proud and fiercely loyal veteran that could be often found supporting local military events. He also attended the Modern school of welding in Schenectady, NY with his cousins where he learned the art of welding 2x4's and repairing broken hearts. Arthur was always willing to pitch in and lend a hand, whether it was baling hay, working on a car, or just tagging along. You just had to stop by, throw open the car door and he would jump in. He worked in Cornwall at Courtaulds, as well as Lazore's Trucking riding around the neighborhoods on the regular weekly collection run. His favorite place of employment was the Akwesasne Mohawk Casino where he could be seen bustling around in the kitchen area waving and greeting everyone with that huge smile on his face. Although he was in the kitchen keeping it in tip-top shape, he assured everyone that he regularly consulted with the management to keep the place running smoothly. He had planned on making sure that Montreal Canadians' would be celebrated with an enormous cake if they won the Stanley Cup.

Arthur's culture and heritage were of the utmost importance to him. He was a proud powwow dancer and very active supporter of his native rights and believed in the future of his community. He wanted to share with his people that our continuation depends on focusing on coming together with love and unity. A wise man for sure, he will definitely be watching over us all and looking out for the community as a whole.

In the past decade, he joined the Saint Regis Mohawk Tribe - Family Support Program and became a resident in their new facility. Always busy and going places he took it upon himself to look after and advise everyone. A debt of gratitude and all our appreciation for the fine group of people in the Care Coordination Team that cared and treated him with the love and kindness of family. You are one of a kind Arthur Booboo Herne and will always be "The Man."

Friends and family called on Sunday, October 10, 2021 from 10:00 a.m. until the time of the service at 2:00 pm at the Donaldson Funeral Home, Massena. Rev. Jerome Pastores offered a Prayer Service at 11:45 am. Burial also took place in the St. Joseph's Cemetery, Akwesasne.

Arrangements are with the Donaldson Funeral Home, Massena. Memories and condolences may be shared with the family at http://www.donaldsonfh.com