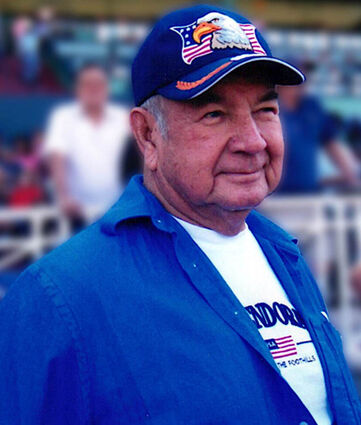 Our precious father, Charles Ronald Cooke passed away at the age of 87 to be reunited with his family in heaven. Ronald (chose to go by his middle name) lived a full life, filled with wonderful memories and the love of his family. Born September 29, 1933 to John and Josephine Cook in Akwesasne. Ronald was the oldest of 12 children. Ronald attended St. Regis Mohawk School, Bombay High School and then was drafted into the US Army and served in the Korean War. After serving in the Korean War Ronald attended Penn State and earned a degree.

He was predeceased by his parents John and Josephine Cooke from Akwesasne, New York. He married Edna Marie Cooke in 1955(deceased June 1, 2020). The marriage ended in divorce, but they remained very close throughout the years.

Ronald moved his family out west to California in 1964. He built a great life by building multiple thriving businesses. Through his hard work and dedication, he reached a high level of success.

Ronald is survived by his children Leanna Cooke, Ramona Ayers and Craig Cooke along with six grandchildren and three great grandchildren and many nieces and nephews. In addition to his parents he was predeceased by his sister and brother-in-law Roberta and Alex Garrow of Akwesasne; brother and sister-in-law David (Duffy) and Seiglinda Cooke of Chino, California. Survived by sisters; Alice Chapman of Akwesasne; Linda Mustaffa of Hemet, California; Arlene Cooke of Fayetteville, New York; Nora (Alan) Ruthig of Manlius, New York; Verna (Mark) Slingerland of Syracuse, New York. Also survived by brothers; Joe (Andria) Cooke of Akwesasne. Richard (Darlene) Cooke of Akwesasne; Adrian (Trish) of Castleton, New York; Dean Cooke of Tsi Snaihne.

Ronald was always treasured as the big brother by all of his 11 siblings. Through the younger years all the Cooke kids looked forward to the box of Christmas gifts that Ronald and Edna would send each year. Since Christmas gifts were few and far between, their gifts were a bright spot for all and made Christmas merrier.

Ronald was always known for his great sense of humor and fun stories. Ronald was a very generous soul. Although he will be missed by all, we are assured that he is at peace and completely content with his loved ones in Heaven.