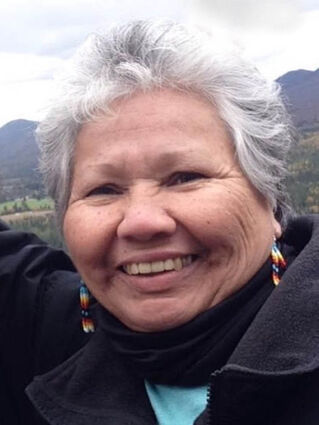 Betty Ann David, Eel Clan, 71, of 15 Racquette Point Road, journeyed back to the Spirit World on Tuesday morning, December 15, 2020 at Champlain Valley Physicians Hospital in Plattsburgh after a brief illness.

Betty was born on October 11, 1949 in Cornwall, the daughter of Lenora (Abraham) David and the late Moses David.  She attended Cornwall Island Indian Day School, Downey's East End School, and graduated from St. Lawrence High School in Cornwall.  She continued her education at St. Lawrence College, where she was a graduate.  She first married Edwin Benedict of Cornwall Island, she was blessed with 3 children before their divorce.  She later married John Bero and was again blessed with two additional children.

Betty first worked for a time at the Levi's Factory in Cornwall and later with DaRez Pizza and Arcade.  She than started her counseling career with Partridge House, where she proudly promoted her sobriety and encouraged others to maintain theirs.  She was a proud member of Okiiweh and the Akwesasne Death Benefits Group.  She enjoyed sewing, cooking, and baking.

In addition to her father, Moses, Betty was predeceased by her brothers, Andrew and Robert David; her sister, Edna Cook; and her brothers-in-law, Albert Marshall, Dave Cameron, and Sherman Jacobs.

Friends may called December 21 from 11-8:00 PM at the Donaldson Funeral Home, Massena.  Due to current health restrictions, her funeral services will be held privately.  Visitation will be occupancy controlled and those attending with will be required to observe social distancing and wear face coverings.

In lieu of flowers, those wishing may consider memorial contributions be made to the funeral home to assist the family.

Friends are encouraged to share memories and offer condolences online at www.donaldsonfh.com.