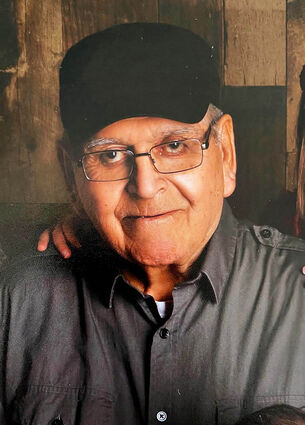 Abram was born on March 27, 1943 in Tsi Snaihne, the son of the late Mitchell and Theresa (Cooke) Phillips. On June 7, 1969, he married Patricia Oakes at St. Regis Catholic Church with Rev. Francis Arsenault officiating.

Abram worked for many years in Rochester for the Apex Company before returning back to Akwesasne. While living in Akwesasne, he was a laborer for many various businesses, but for nearly 15 years he worked at Billy's Bingo Hall. He was a communicant of St. Regis Catholic Church and member of the Akwesasne Death Benefits Group. He loved to cook and took great pleasure in cooking for his family and friends. He also enjoyed riding around on his golf cart, going for walks, watching the birds, and cherished the memories and times he spent with his grandchildren.

He is also survived by his sister, Helen Nancy Jones of Akwesasne; his brothers, Louis Phillips and Michael William

In addition to his parents, he was predeceased by an infant son, Patrick Abram; a brother, Harry Phillips on August 12, 2010 and a sister, Delores Phillips on March 14, 2014.

Friends may called Tuesday from 1-3 and 5-6:30 PM at the Donaldson Funeral Home, Massena. Due to current health restrictions, funeral services will be held privately. Visitation will be occupancy controlled and those attending are required to observe social distancing, wear face coverings, and may have to stand outside while waiting if maximum occupancy is reached.

Memorial contributions may be made in his memory to a Senior Citizens facility or organization of your choice.

Friends are encouraged to share memories, offer condolence, and view his funeral service online at http://www.donaldsonfh.com.