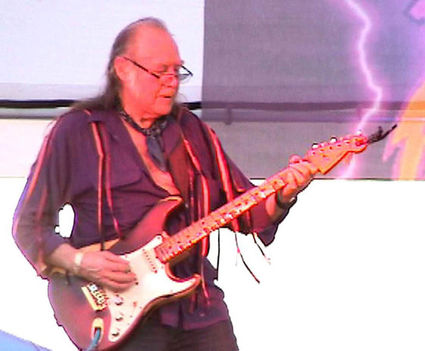 Donald A. Sharrow, 68, a resident of Sweet Grass Manor, unexpectedly passed away on October 9, 2020 in his home.

Donnie was born in Syracuse on February 25, 1952 the son of late Andrew Sharrow and Lena Bero. He attended schools in Syracuse before moving to Akwesasne, where attended Salmon River Central School.

Donnie had a beautiful gift for the arts – guitar, music, drawing, carving, and painting were his specialties. He shared his talents across the Nation, East coast, North Country and in Akwesasne playing in various bands. Tribal and December Wind being just two of them. His love for music also continued as he was "Donnie Sharrow the Country Sparrow" on CKON Radio. As a dedication December Wind shared this memory of Donnie: "Donnie will be greatly missed in our grassroots circles. He was on stage with some of the "Greats" from Merle Haggard, George Jones, John Densmore, Donna the Buffalo, Larry Anderson, Lucinda Williams, Keith Secola, Aerosmith, Foreigner, The doors, The Beachboys and so many amazing artists through the years. We shared the stage with Donnie at so many Grassroots Festivals on the East coast, playing in front of a million people at the amazing MusikFest. That is some of the highlights with December Wind. He traveled much with Howard Lyons on big stages. His artwork he sold at many festivals. So many individual stories people have with Donnie. Shonagh sharing a story that changed her life as a young girl when Donnie asked her to hold the eagle feather while we played. His patience he had while teaching people."

He is also survived by his sisters, Patricia and Dennis Crofts of Utah; Brenda and Dan McEvoy of Oregon, and Margaret Tarbell of Syracuse; his brothers, Jackie and Sharon Tarbell and Roger Tarbell of Akwesasne; and many nieces and nephews.

He was predeceased by his parents, Andrew Sharrow and Lena (Bero) Tarbell; a son, Cory Sharrow; a grandson, C.J., his sisters Velma J. Sharrow, Elizabeth "Betty" Sharrow, and Shirley Herne; and his brother, Gerald J. Sharrow.

A celebration of Donnie's life will be held Saturday, October 24 starting at 1:00 at the Grand Mohawk Inn, Racquette Point. His family invites you to come share a favorite memory, story, or music with them.

Arrangements are with the Donaldson Funeral Home, Massena, where friends are encouraged to share a memory or offer a condolence to his family online at http://www.donaldsonfh.com.