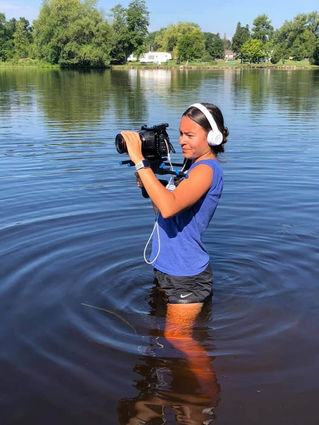 The tagline for an upcoming short film named "Water Moccasins" is "A legend that should have never been told," and was directed, shot, and edited by Jaiden Mitchell and written by Shelby Adams. The film tells the story of "A group...