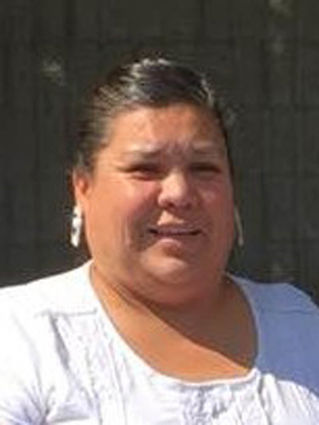 Missy was born October 15, 1971 in Cornwall, Ontario, the daughter of the late Linda M. (Cook) King and Harry A. King. She attended schools in Akwesasne before graduating from General Vanier. She than continued her education at Snye Tech School with a certification in Home Health Care. Missy later went to St. Lawrence College earning a degree in Social Work and graduated from SUNY Potsdam with a degree in Psychology.

Missy dedicated her life working and serving others with her various talents. She worked at the first Home for the Elderly in Kanatakon, later with IAK HIH SOH THA Lodge, and also did private home care. More recently, she worked for the Ahkwesahsne Mohawk Board of Education as a bus driver and also was a teacher's aide with Mohawk School for a time. She also owned and operated King's Marina. Her generous spirit was evident in all she did. She cherished the time she shared with her grandchildren, watching her nephews play lacrosse and hockey, and doing crafts and sewing. She took great enjoyment in "running the roads" and traveling and was a faithful Radio Bingo player.

Missy is survived by her son, Tony King; her father, Harry King and his companion, Alice Cryderman; her sister and best friend, Maggie King; her grandchildren, Nataya Delormier-King and Rakwirarorkos Beauvais; and her nephews, Gage and Camrin King. She is also survived by her godfather, Bill Cook; her godchildren, Justin Mitchell, Orenda Herne, Sarah Cook, Gage King, Cameron King, and Bradley Green; and numerous aunts, uncles, cousins, and friends.

Friends called at her home from Sunday until Tuesday. A Mass of Christian Burial was celebrated Tuesday at St. Regis Catholic Church with Rev. Jerome Pastores celebrating.

Missy kindly requested that no flowers be sent. Her request was that donations in her memory by donated to Snye Recreation Committee, Hogansburg/Akwesasne Volunteer Fire Department, Akwesasne Home Support, or IAK HIH SOH THA Lodge.