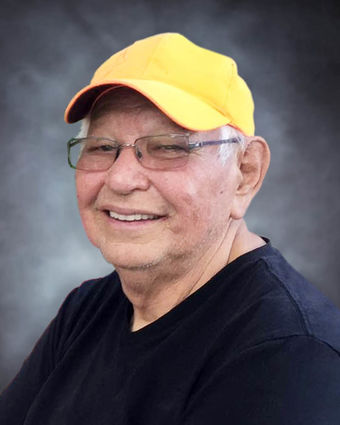 Abraham Richard David, Sr. of Akwesasne peacefully passed away surrounded by family, on Sunday, September 1, 2019 at the Cornwall Community Hospital, after a lengthy illness. He was 73. Abraham was born to the late Anthony Sr. & Rosemary (Jacobs) David.

Survived by his extended Thompson Brothers, Sisters & Family; his Barnes Brothers & Family; his Aunts Rosemarie (late Joseph) Jacobs, and Alma (late Orlo) Ransom; and his Godson Louie John Jacobs. He will be sadly missed by many nieces, nephews and cousins.

In addition to his parents, Abraham is predeceased by his biological father James (Esther) Thompson, his brothers Allan and Anthony Jr. (Tracy) David, his father and mother in law William and Margaret Barnes, and his uncles Joe "Fiddler" & William Jacobs.

Abraham was also known around the community as Ebbie, Aplum, Spider, & most importantly to his children as "Pops". Abraham was an ironworker with Local 440 and worked for Quality Concrete for many years. He enjoyed spending his time with loved ones, especially at Camp David on St. Regis Island. He loved telling stories, cracking jokes, watching Nascar, wrestling and checking out pretty girls! Pops enjoyed playing on his tractor in the dirt and mowing the lawn. He was also very proud to be the Akwesasne Winter Carnival King for 2019.

Abraham will be resting at the home of his daughter Rosie at 61 Johnson Road, Akwesasne, H0M 1A0 on Thursday evening until time of service. Service to be held in the home on Saturday, September 7, 2019 at 1:00 p.m. with Father Pastores officiating.