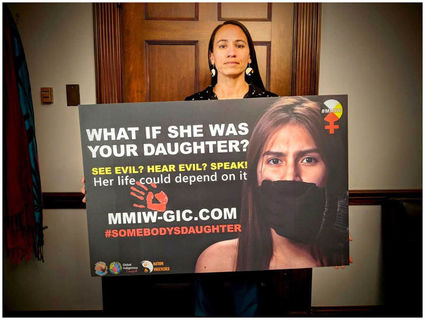 U.S. Representative Sharice Davids co-sponsor of the Not Invisible Act.

Oklahoma state ranks tenth in the country for murdered and missing indigenous women (MMIW) cases. Now, two of the sovereign Indian Nations within the state are acting to bring awareness to what Senator Jon Tester D-MT) has described as "an epidemi...