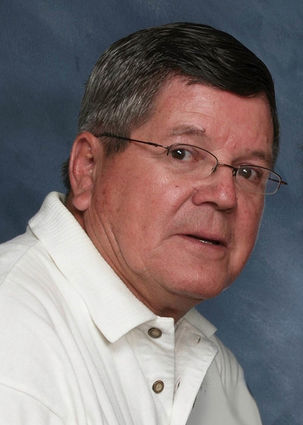 Nelson was born December 27, 1943 in Malone, the son of the late Joseph and Josephine (Casey) Sawatis and attended Salmon River Central School. On September 18, 1961, he entered the US Army, where he proudly served his country until his honorable discharge on August 27, 1964. He married Julia Thompson on July 3, 1965 at St. Regis Catholic Church. They enjoyed 34 years of marriage before she predeceased him on January 28, 1998.

Nelson was an ironworker with Local #440 for many years until his retirement in 2006. He later worked for MCA Medical Transport for a short time and at the Anowara'kowa Arena in the maintenance department until his retirement. He was a communicant of St. Regis Catholic Church and was an active member of the Andrew W. Cook American Legion Post #1479. Nelson enjoyed spending time outdoors hunting, fishing, camping, working with his Kubota, and being the captain of the pontoon boat. He also took great pride in finding a great treasure or two at flea markets, repairing jewelry, small mechanical objects, and his photography. He also enjoyed playing shuffleboard, helping others, and cherished the time he was able to spend supporting his grandchildren at all their activities and events.

Nelson is survived by his companion of 20 years, and fiancée, Irene Gambill; his children and their families, Sherry and Michael Cunningham of Massena, and their children Delilah (Jordan) and Sarah (Charles); Joseph and Michelle Sawatis of St. Regis and their son, Braxton; and Paul and Leigh-Ann Sawatis of Tsi Snaihne, and their children, Nathan (Miranda), Toryn, Kasey, Kayle and Jordy.

He is also survived by his sisters, Marita and Richard Francis of St. Regis; Ann-Marie and Harry Lambert of Florida; Mary Alice Cook of Hogansburg; Virginia Dionne of Buffalo; and Harriet Sciabarrasi of Buffalo; and his extended family, Sean and Shirley Gambill of Akwesasne; and his chosen grandchildren, Brandon and Seana Gambill and many nieces, nephews, and cousins.

Besides his parents and his wife, Nelson was predeceased by his daughter, Veronica Sawatis in infancy; and three sisters, Isabel Rourke, Dorothy Sawatis and Audrey Oakes.

Friends called at the home of the late Joe and Isabel Rourke on Monday. A Mass of Christian burial was celebrated on Tuesday at St. Regis Catholic Church, with Rev. Jerome Pastores celebrating. Burial with military honors followed in St. Lawrence Cemetery.

Donations may be made in Nelson's memory to the Akwesasne Cancer Support Group, Iakhihsohtha Home for the Elderly, or the Cornwall Community Hospital Dialysis Unit.