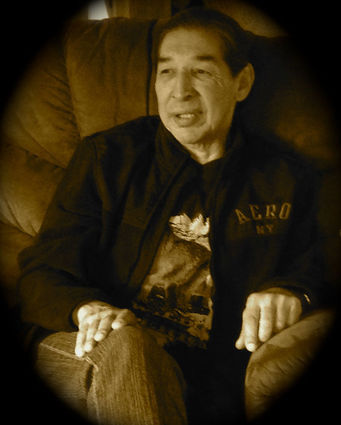 AWKESASNE – On Thursday afternoon, August 16, 2018 after a lengthy illness, Mike "Kim Boy" Edwards, Tewentésare, Deer Clan, age 59, entered the Spirit World at his home with his family by his side.

Kim Boy was born August 17, 1958 in Cornwall, the son of Catherine Lazore Edwards and the late Wilbur Harold Edwards.  He attended schools in Akwesasne and Salmon River Central School. He also took welding courses at St. Lawrence College.  He married Kelly Krigbaum in 2012 on Onondaga Nation.

Kim Boy was an ironworker with Local 711 in Montreal for many years until becoming disabled.  He had a great love for dancing and also enjoyed fishing, fast cars, and fixing things.  He had a great love for sports and played football while he was in high school.  He will be fondly remembered for his ability to visit with people, storytelling and his wonderful sense of humor.  Kim Boy also cherished the time he was able to spend with his children.

In addition to his father, he was predeceased by his brother, Wilbur Harold Edwards, Jr. on May 1, 1990.

Friends called on Sunday at the Akwesasne Homemakers where his funeral ceremony was held on Monday. Burial will follow in St. Joseph's Cemetery, Akwesasne.

Arrangements are with the Donaldson Funeral Home, Massena, where memories and condolences may be shared online at www.donaldsonfh.com.