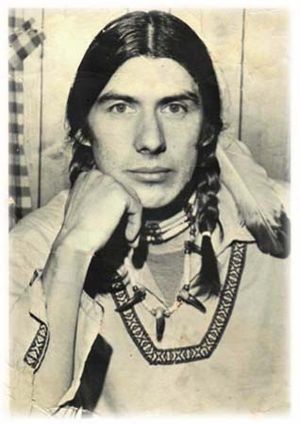 On the early morning hours of October 31, 2017, Kakwirakeron, beloved husband of Verna (Cooper) Montour, began his journey back to the spirit world. He was surrounded by his loving family.

Kakwirakeron was born Arthur B. Montour on June 26th, 1942 in Buffalo, NY. He was the eldest brother of Johnny, Judy, Eric, Keith, and Patricia Montour.

He is predeceased by his parents Belva and Martin, a brother Keith, his first wife Sandra Jacobs, his son Steve Cooper, two grandsons Cory and Isaac, and one great grandson Gionni.

Kakwirakeron spent his childhood in Kahnawake. He started ironworking at the age of 17 and spent his working years traveling the country. He worked as a foreman and superintendent, building bridges and high rises with the Local 361 out of Brooklyn, NY.

In the early 1970's, he became actively involved in the Warrior Society and was involved in the Kahnawake Evictions. As a spokesperson, he was deeply involved during the Moss Lake and Ganienkeh Land Reclamations. Kakwirakeron also traveled to Switzerland and Holland as part of the Haudenosaunee Delegation to the United Nations in 1977. He was involved in the standoff in Racquette Point in Akwesasne in 1979. In 1989, he was tried on Federal R.I.C.O. charges for stopping an FBI raid in Akwesasne. He served 10 months as a political prisoner. Kakwirakeron stood up for his beliefs and for his people without hesitation. His legacy carries on with his family.

In 1994, Kakwirakeron's entrepreneurship and drive led him to start the Kanienkehaka Lure Company and had distribution deals with large companies including Wal-Mart and Bass Pro Shops. In the late 90's, he stood against the violation of sovereignty as he fought the New York State taxation of gas and cigarettes in Haudenosaunee communities. He was arrested on Highway 81 in Onondaga and counter sued the NYS police for excessive force and was awarded a settlement 20 years later. He believed strongly in our autonomy to trade tobacco and operate native owned businesses.

Kakwirakeron spent his later years spending quality time with his wife, Verna. He enjoyed connecting to the land through golfing, fishing, and being on his farm in his gardens. He looked forward to spending time with his horses. Kakwirakeron created a beautiful and strong family that surrounded him with continuous love. He will be greatly missed by all who had the honor to know him and were made stronger by his teachings.