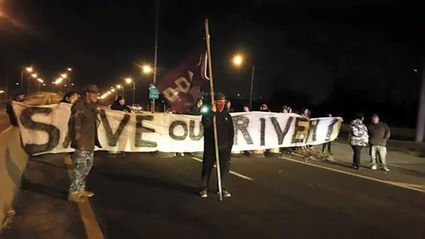 The City of Montreal's controversial sewage dump project started just after midnight on Wednesday and will continue for the next seven days, despite a protest by about 40 people. Montreal Mayor Denis Coderre said the city met the conditions impose...