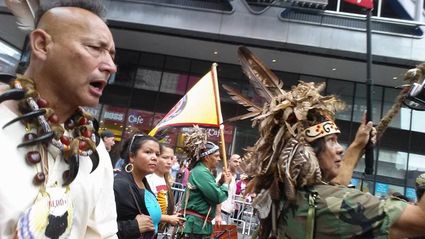 NEW YORK – On Sunday September 21, 2014, the world marched for climate action. From Manhattan to Melbourne, more than half a million people took to the streets in a unified global move to demand ambitious commitments from world leaders in tackli...