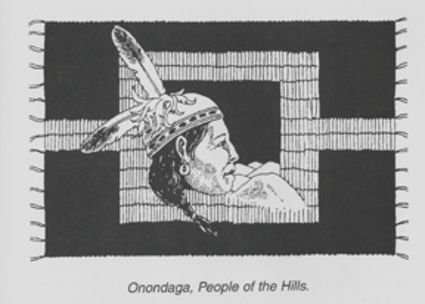 Many people, including many Indian people, think that the Iroquois Confederacy was formed for the exclusive benefit of only the original Five Nations, that all other people were excluded from the Kayenerenhkowa, the Great Peace Law. This is not true. We have records of at least thirty-nine Indian peoples who took shelter beneath The Tree of Peace, most of them eventually becoming members or citizens of the Iroquois Confederacy.

The Peacemaker’s thoughts had not been for Iroquois-speaking peoples alone but included all of mankind, and it was not by force alone that the Confederacy held the vast region under their peace. Reason, honesty, statesmanship, justice, and a keen knowledge of peace itself made it a success. The Peacemaker’s great mind intended that under the shelter of The Tree of Peace all nations of mankind could rest. He, the Law Giver, said, “Hold fast to friends, for in union there is strength. Welcome the stranger and give him shelter, for he may become a prop to your house. Bury your hates and let them be forgotten, for if old stories are to be revived there can never be an end to war. Let us have one mind, one heart, one soul, in which all of the nations of the world shall be contained. We will have one head, one spirit, one blood, and we will speak with one tongue.”

Throughout their history the Iroquois have sought, and still seek, to add braces to their Long House. Today, many Indian peoples, other than Iroquois, are seen at the councils and festivals of the Confederacy. When the Confederacy was new, the Tuscaroras, Creeks, Cherokees, Catawba, Nanticoke, Tutelo, Shawnee, Delaware, and scores of other southern peoples were approached by Iroquois runners carrying invitation wampum to council with the Confederacy. They also penetrated the forests to the Wabanaki Peoples to the east, the Passamaquody, Micmac, Penobscot, Maliseet, and others. Nations to the westward, the Miamis, Osage, Ojibway, Tobacco Nation, Huron, Ottawas, Sacs, Foxes, Eries, and others received the runners carrying the invitation wampum. The Confederacy received embassies from the peoples of Nova Scotia. Iroquois runners even penetrated to Mexico, and traditions say that they brought back seeds and tropical plants.

From nation to nation the messengers of the Great Peace went carrying invitation wampum, inviting representatives to sit beneath the Tree of Peace and to talk over the advantages of an alliance. Most of these distant nations sent two of their wisest men as representatives to the Great Council. Later, the Iroquois long had hopes that they might bring both the English and the French under the Great Tree. But at the time, it was beyond their reasoning. Only in recent time, through the United Nations, has the mind of white men tried to reach up to the brilliant reasoning and thoughts of the great Indian Peace-maker.

If reason and peaceful methods failed to change the mind of a military nation, they were warned three times in open council to obey the Great Law and settle their disagreements by reason rather than by force. If, after the third warning, the hostile people still insisted upon force to gain their ends, they were attacked by the Iroquois and the war continued until that nation was conquered. When a foreign nation was conquered or by its own will accepted The Great Peace, the war stopped immediately. The conquered people were not all tortured nor did they become slaves of the Iroquois. (Iroquois laws were against slavery.) They were taken in and adopted, and they became members of the nation who adopted them. They became equally esteemed by the Iroquois who regarded them as their own people. In fact, many of them in time became noted members and leaders of the Iroquois. If the defeated people chose to remain in their own territory, they were allowed to do so, and they could also keep their own system of internal government. However, they must cease all strife with other nations. The Confederacy protected the nations which they had conquered from hostile nations and also from white settlers. Weaker peoples, who asked permission, were often moved nearer to the heart of the Confederacy, who sent strong young warriors to see that they were not harmed by invaders of their settlements.

Iroquois territory, especially after the white man came, became the great asylum of many Indian peoples. It became a great “melting pot” of dispossessed Indian peoples. A system of unity of peoples was created which would have been impossible under any European system. The lands under the Confederacy covered many thousand square miles. In fact, the territory possessed by The Iroquois Nation was greater in extent than that of the boasted Empire of Rome at its greatest height. 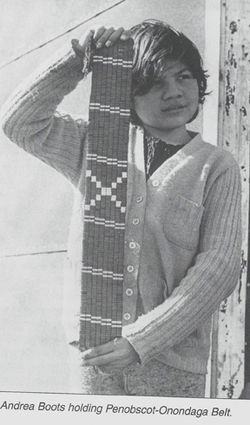 It is provided thus: Roots have spread out from the Tree of The Great Peace, one to the north, one to the east, one to the south, and one to the west. These are the Great White Roots, and their nature is peace and strength. If any man or any nation outside of the Five Nations shall obey the Laws of The Great Peace (Kaianerekowa), and shall make this known to the statesmen of the League, they may trace back the roots to the Tree. If their minds are clean, and if they are obedient and promise to obey the wishes of the Council of the League, they shall be welcomed to take shelter beneath the Tree of the Long Leaves.