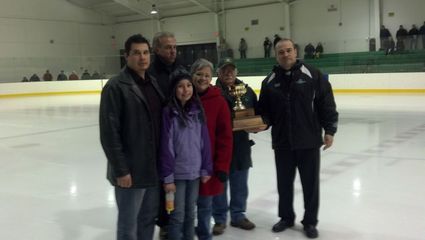 The Wayne Castor Memorial Fan Appreciation Award was awarded to Phil Leroux on February 1st during the Salmon River vs. Potsdam game. This award is given out to a fan dedicated to the Salmon River Boys Varsity Hockey Team.