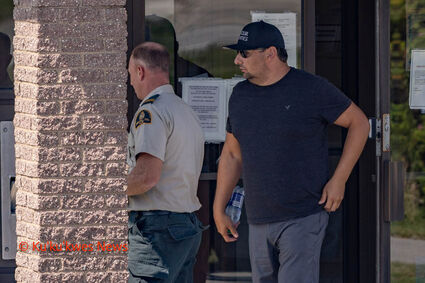 Chief Mike Sack leaving the DFO office in Meteghan, N.S. after being questioned by DFO officers/Photo by Stephen Brake.

By Maureen Googoo. Reprinted with permission from Ku'ku'kwes News.