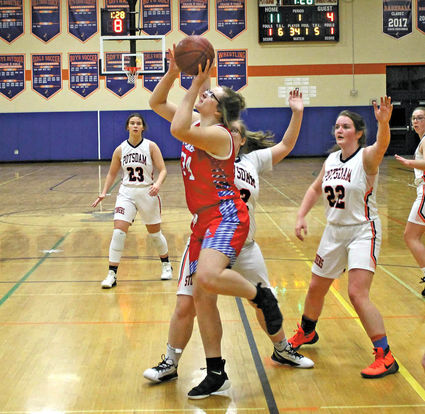 Lexi Jacobs, who finished the Jan. 15 Potsdam game with 16 points, tries for two close to the net.

Massena split two games against Canton and Potsdam as the Shamrocks were unsuccessful against Malone and Ogdensburg.