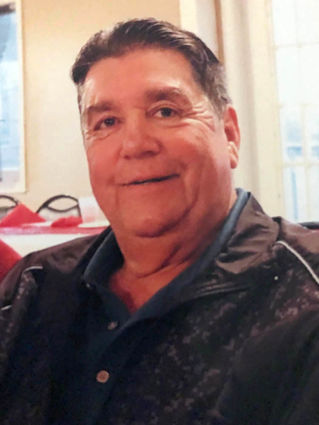 Rick was born on June 28, 1950, in Syracuse, son of the late Lazore "Spin" and Theresa "Bear" Guthrie Tarbell. He graduated from Salmon River Central School and entered the US Navy after graduation. While in the Navy, he was a boilerman on the USS Kitty Hawk and proudly served until his honorable discharge. On February 22, 1986, he married Verda Lynn Gibson of Onondaga at St. Lucy's Church in Syracuse, with Rev. James Carey officiating. They enjoyed 37 years of friendship and love.

Rick was a communicant of St. Regis Catholic Church, a member of the Andrew W. Cook American Legion Post #1479, the Masonic Lodge, and the Akwesasne Death Benefits Group. He was a former Ironworker and worked various positions in various casinos throughout the country. He was the first manager of the original Bear's Den Trading Post. He had a generous spirit and quietly showed that generosity throughout the community. He enjoyed a great game of Texas Hold 'Em Poker, traveling, golfing, spending time with family, and will be fondly remembered for his great sense of humor.

Besides his parents, Rick was predeceased by one brother, Gregory "Banini" Tarbell.

Friends called at the Church of Christ on Friday and Saturday. A Mass of Christian Burial was held on Saturday, December 29, 2018 at the St. Regis Catholic Church. Burial will follow at the Tarbell Family Cemetery.

Memorial donations may be made in Rick's memory to the James P. Wilmot Cancer Treatment Center.