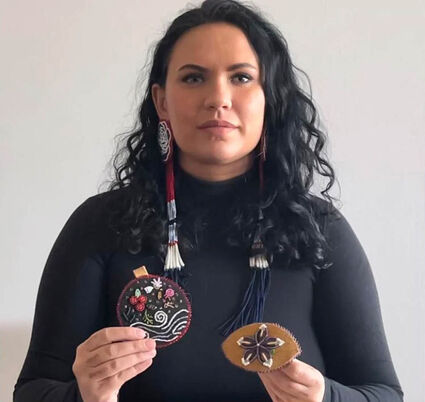 A portrait of Kay Le Claire, who allegedly spent several years pretending to be Native American, holds Indigenous jewelry in a portrait taken by their former co-worker Nipinet Landsem.

Since at least 2017, Kay LeClaire who has also gone by Nibiiwakamigkwe, is a Pretendian. LeClaire has claimed Métis, Oneida, Anishinaabe, Haudenosaunee, Cuban and Jewish heritage. LeClaire is in reality, a white person of Germa...