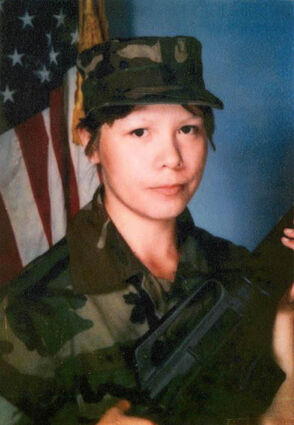 AKWESASNE – Lisa A. Ward, 57, of Melvin Lane, tragically died along with her sister, Dolores Swamp, early Sunday morning January 1, 2023 at Massena Hospital, from injuries she sustained in a motor vehicle accident.

Lisa was born on September 16, 1965 in Cornwall, Ontario, the daughter of the late Alex and Rita (Lazore) Smoke. She first attended school in Snye before graduating from Salmon River Central in 1983. On May 15, 1985, she entered the United States Army, proudly serving her country until her honorable discharge. While in the Army she was a heavy equipment operator serving in Saudi Arabia. A marriage to Paul Ward blessed her with a son before their divorce.

Lisa worked for various businesses within the Akwesasne community including the Mohawk Bingo Palace, Akwesasne Mohawk Casino, Jacobs Manufacturing, St. Regis Mohawk Tribe, and most recently Tim Hortons as a baker. She enjoyed visiting the casino, spoiling her grandchildren, shopping and hanging out with her sisters.

In addition to her parents, she was predeceased by her sisters, Sally Cook, Veronica Smoke and Dolores Swamp.

Friends may call at the Akwesasne Homemakers starting Thursday 6:00 PM until Saturday 11:00 AM when funeral services will be held with military funeral honors being conducted following the services by the Andrew W. Cook American Legion Post #1479.

Arrangements are under the care and guidance of the Donaldson Funeral Home, Massena where friends are encouraged to share memories and offer condolences online at http://www.donaldsonfh.com.