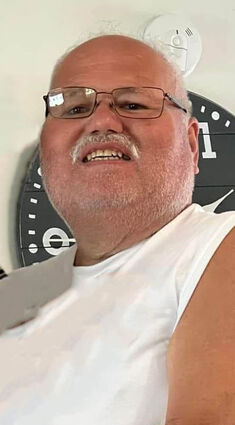 Massena: Ricky J. Allen, 62, of Center Street, passed away on November 21, 2022 at Upstate University Hospital after injuries sustained from a motor vehicle accident.

Ricky was born on April 13, 1960, in Massena, the son of the late Robert and Gladys (Bero) Allen. He graduated from Massena High School and worked many landscaping jobs throughout the years. At one time Ricky was employed with the ARC and Village Inn.

He was a member of the Knights of Columbus in Massena as well as St. Mary's Community League. Ricky enjoyed gardening, tending to his flowers, cooking, and decorating for the holidays.

Ricky is survived by his three sisters, Gloria Detlor of Alabama, Rose (Pat) Lawrence of Norfolk and Bobbi Allen (Craig Lawrence) of Massena; two nieces; a nephew and several great nieces and nephews.

He was predeceased by his parents and his brother, David Allen.

Friends and family called on Monday at the Donaldson Funeral Home in Massena. A Graveside service will be held in the spring at Calvary Cemetery in Massena.

In lieu of flowers, memorial contributions in Ricky's memory may be made to the Akwesasne Senior Center.

Arrangements are under the care and direction of the Donaldson Funeral Home in Massena where memories and condolences may be shared at http://www.donaldsonfh.com