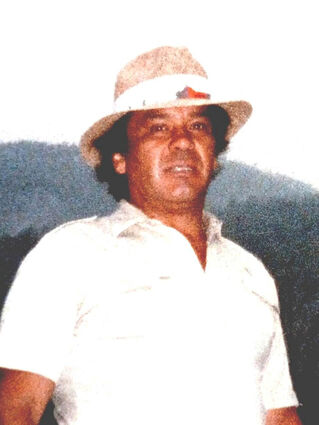 HOGANSBURG- Bernard (Katsienhaktha) White passed peacefully into the spirit world on Nov. 16, 2022 at the St. Regis Nursing Home, Massena, NY with family members by his side. Bernard was in failing health for a few years.

Barney enjoyed traveling, the outdoors, mountains, gathering with family and friends and carpentry. He worked on the construction of the St. Lawrence Seaway in 1959 and was a member of Ironworkers Local 711 of Montreal. He traveled to various cities in Canada and the United States for many years until his retirement.

Bernard was born in Akwesasne on June 25, 1939, where he lived all his life. He was the son of the late Jack and Elizabeth (Jacobs) White. In 1965 he married Beatrice Sawatis; however, that marriage ended in divorce. He is survived by his partner of many years, Wendy King Lafrance, a son, Justin B. (Mother Louise Ingle), and brothers Lawrence, Andy (Kaly), Joseph and Kenneth White; his sisters Cecilia Montour and Barbara C. Nelson, all of Akwesasne. He is survived by many nieces and nephews.

At the request of Barney there will be no scheduled calling hours. Following cremation there will be a private family memorial and burial ceremony.

In lieu of flowers, memorial contributions may be made to the Mohawk Council Ambulance Unit.

Arrangements are under the care and guidance of the Donaldson Funeral Home where friends and family are encouraged to share memories and condolences online at http://www.donaldsonfh.com.