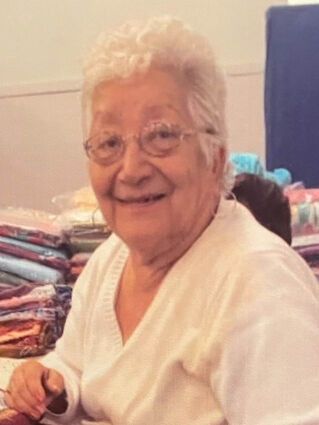 Pat was born on April 5, 1943 in Massena, the daughter of the late Anthony and Julia (Brown) Konkowski. After the death of her father, she was raised by her mother and stepfather, Mitchell B. Jacobs. She first attended St. Mary's School before going to Mohawk School and graduating from Salmon River Central School in 1961. She continued her education at SUNY Canton, St. Lawrence College, North Country Community College, and Potsdam State.

Pat was an instrumental leader within the Akwesasne Community. She worked for various agencies including the Department of Indian and Northern Affairs in Canada, Title 7 Bi-Lingual Education, Station Manager for CKON, an inspector for Tribal Gaming, was the Division Director of Planning and Infrastructure with the St. Regis Mohawk Tribe, and was elected for 3 terms as the St. Regis Mohawk Tribal Clerk. She was also instrumental in starting the old age home in St. Regis and establishing the St. Regis Mohawk Tribal Drug and Alcohol Program. At one time, she was a volunteer Advanced EMT with the Akwesasne Mohawk Ambulance, volunteered for many hours with the Hogansburg/Akwesasne Fire Department and was an instructor with Red Cross. She was a member of the Akwesasne Death Benefits, was a NYS Certified Seamstress, and was recognized by the federal government as a Native American Herbologist. She greatly enjoyed sewing, beading, quilting, knitting, and was an avid bingo player. Pat will fondly be remembered for selflessly contributing her traditional knowledge throughout the confederacy.

In addition to her parents, she was predeceased by her sister, Jacqueline (Butchie) Francis, and her best friend, Catherine "Rose" King.

Friends may call at Kanieńkehá:ka Kaianerakowa Kanonséhsne on Wednesday starting at 1:00 PM until the time of her service on Friday at 11:00 AM.