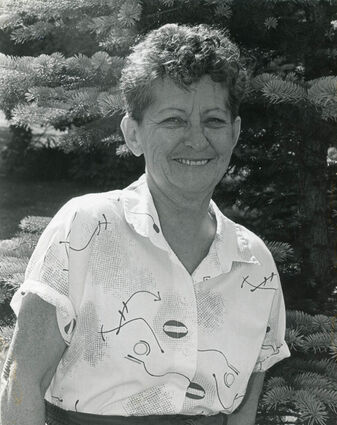 Mary had a deep love for her family and for the community, serving many terms in political office on the Mohawk Council. She is acknowledged as being the first Native American woman to lead in a Council as Grand Chief in Canada in 1978. Mary was also a very active member of the early school committees which eventually became the Akwesasne Board of Education. She was a strong advocate for recreation programs for the youth and was among the women who fought hard to organize recreation committees in the community. She had a love for the sport of lacrosse and assisted in reintroducing the sport back into the Akwesasne community in the early 1960's. In a manner of speaking, Mary was instrumental in defining the nature of community-based programming seen in Akwesasne today.

Mary was predeceased by her husband of 60 years, John Kahionhanoron David in 2010, her son Kenneth earlier this year, a daughter Sheila M. Katsisakaste in 2013, a granddaughter Sara B. Katsitsiahawi in 2006, and her eldest daughter, "Little Mary" in 1951.

Arrangements are under the care and guidance of the Donaldson Funeral Home, Massena, where friends may call Wednesday from 1 - 3:00 pm. At Mary's request there will be no funeral services. Burial will be held at the convenience of the family in St. Lawrence Cemetery, Kanatakon.

In lieu of flowers, those wishing may consider memorial contributions to be made in her memory to the Akwesasne Minor Lacrosse Teams.