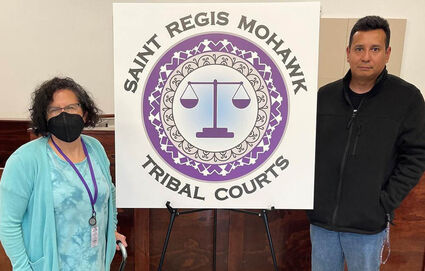 AKWESASNE -- The Saint Regis Mohawk Tribal Courts unveiled a new logo that better reflects the Tribe's judicial branch of the tribal government. The winning design and artist were introduced during an afternoon unveiling event that was held at the...