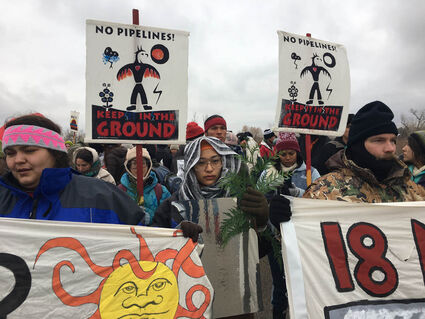 A still from Gwendolen Cates that shows protests at Standing Rock.

From September 2016 to a forced evacuation on February 23, 2017, Standing Rock was the cradle of the Dakota Pipeline protest against an 'Energy Transfer' oil pipeline being built through their sacred land. The Standing Rock prot...