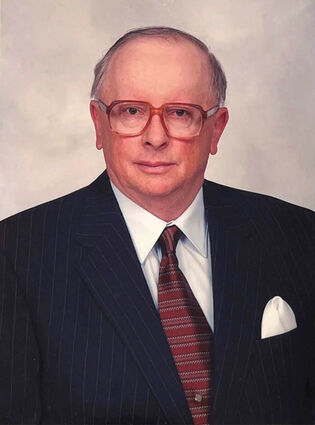 FT. COVINGTON – Stuart E. White, 80, formerly of 71 Laughing Road, Raquette Point, peacefully passed away on Thursday, July 21, 2022 at the Champlain Physicians Hospital in Plattsburgh, with his family by his side.

Stuart was born on September 17, 1941 in Buffalo, son of the late Harry and Doris (Moulton) White. He graduated from Salmon River High School and on October 29, 1966 he married Marie George at the St. Regis Catholic Church. Marie predeceased him on May 15, 2012.

He was an Ironworker with Local #440 Utica, and a local business entrepreneur. Stuart was a former member of the Massena Rod and Gun Club and was an avid hunter. He enjoyed traveling, and watching sports on TV, especially his beloved Red Sox. He was a very passionate fan of Salmon River hockey.

Friends called at the Donaldson Funeral Home, Massena, Tuesday from 1-4 PM when a funeral service was held at 4 PM with Pastor Hattie Taylor officiating.

Donations may be made in Stuart's memory to St. Jude Children's Hospital.

Arrangements are under the care and guidance of the Donaldson Funeral Home where friends and family are encouraged to share memories and condolences online at http://www.donaldsonfh.com.