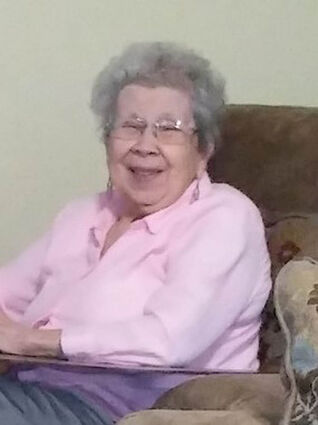 Gladys worked for a time at Warner Brothers and Tru-Stitch before becoming a substitute Mohawk Language teacher at Salmon River Central School. She was a longtime member of the Fort Covington First Presbyterian Church, the Daughters of the American Revolution, and a former member of the Fort Covington Senior Citizens. She enjoyed watching tennis and golf on television and gardening.

In addition to her parents and her husbands, she was predeceased by a daughter, Debra Mayville Elliott in 2020; a great grandson, Ethan Handly; and her siblings, Pearl Conners, Francis Garrow, Mary Laughing, and Stephen and Ernest Millett.

Arrangements were under the care and guidance of the Donaldson Funeral Home, Massena. Funeral services were held on Tuesday at the Fort Covington First Presbyterian Church with Pastor Howard Cain officiating. Burial followed at the New St. Mary's Cemetery, Fort Covington.

Friends are encouraged to share memories and offer condolences online at http://www.donaldsonf.com.