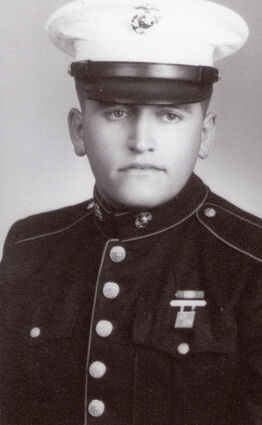 HOGASNBURG - Gary John Gray, 73, of State Route 37, unexpectedly passed away on Sunday, June 12, 2022 at the University of Vermont Medical Center.

Gary was born on March 23, 1949 in Hogansburg, NY, son of the late Mitchell and Katie (Thompson) Gray. He attended Mohawk Schools and served in the US Marine Corps for 3 years until his honorable discharge. He married Myra Davis on July 16, 1972 in Las Vegas, NV.

Gary was a member of the Andrew W. Cook Post #1479 American Legion. He was an Ironworker with Local #440 Utica and Local #416 Los Angeles, and he owned and operated G's trucking for many years.

He was an avid hunter, trapper and enjoyed fishing. He was the #1 goalie for several Lacrosse teams for over 20 years and loved to watch his grandchildren play softball. He was a hard worker, and enjoyed operating heavy equipment, driving dump trucks and tying rebar.

Besides his parents Mitchell and Katie, Gary was predeceased by his siblings Douglas Thompson, Vincent Thompson, Roger Gray and Lavina Gray.

Arrangements are under the care and guidance of the Donaldson Funeral Home, where friends and family are encouraged to share memories and condolences online at http://www.donaldsonfh.com.