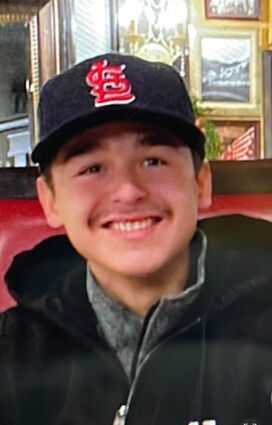 Trent was born January 3, 2003, in Massena, the son of Tyson Square and Leah Cook. He attended Salmon River Central School and CCVS.

In 2011, he beamed with pride, having been the water boy for his father's team, the St. Regis Braves. That championship team brought the President's Cup to Akwesasne 2 years in a row.

He was also a very proud alumni of the Akwesasne Storm Lacrosse Association from Peanuts to Midgets. In the summer of 2017, he played for Eastern Door and the North at the North American Indigenous Games in Toronto. "Wiggz" also made the Iroquois Nationals team that same year and played in Coquitlam, BC where he was named MVP in Game 1 of the national tournament. He will be greatly missed by all of his teammates and coaches.

Along with being an accomplished lacrosse player, Trent enjoyed listening to music, skiing, hiking, swimming, gaming, playing with the neighborhood kids, fishing and being on the river with his family and friends.

He had a great love for animals, especially his dog Flower.

Trent is also survived by his siblings Tye Square of Snye, Tazia Square and Shyne Square of Hogansburg and his loving companion of 4 years, Gracie King of Tsi Snaihne, and by many aunts, uncles, cousins, and friends.

Family and Friends called on Sunday, June 5 at 2 p.m. at the home of his mother, Leah Cook, 48 Square Road, Hogansburg, until 12:45 p.m. on Tuesday, June 7th, where the funeral services were held at 1 p.m. Burial took place at the St. Lawrence Cemetery, St. Regis.

Condolences and memories may be shared at www.flintfuneralhomeny.com