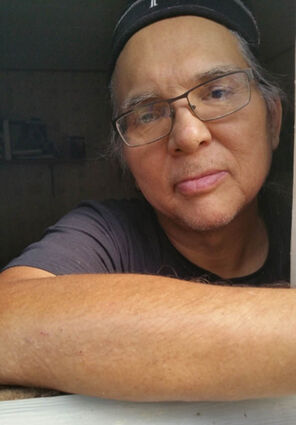 AKWESASNE – Kevin Zachary King, 58, of State Route 37, passed away Saturday evening, June 4, 2022 at Champlain Valley Physician's Hospital with the love and support of his family surrounding him.

Kevin was born on June 3, 1964 in Cornwall, the son of the late John and Anne (David) King. He attended schools in St. Regis and graduated from high school in Cornwall and later attended college. On August 31, 1991, he married Sheila Miller in Six Nations.

Kevin worked for a time as an ironworker but also had a great passion for teaching. He taught at Akwesasne Freedom school and Kawenni:io/Gaweni:yo in Six Nations. He enjoyed cycling, woodworking, photography, reading, and doing crossword puzzles. Additionally, Kevin proved himself to be a wonderful and dedicated father. He put in the extra effort for his children, he never stopped loving them with all his heart. He will always be in their hearts and minds for the rest of their lives.

In addition to his parents, he was predeceased by his brother, Davey King and his sister, Patsy King.

A period of visitation was held at the home of his sister, Ceily in Akwesasne on June 6th, beginning at 3:00 PM until 10:00 AM Wednesday. A visitation, funeral service, and burial will be held in Six Nations.

Local arrangements are in the care and guidance of the Donaldson Funeral Home, Massena.