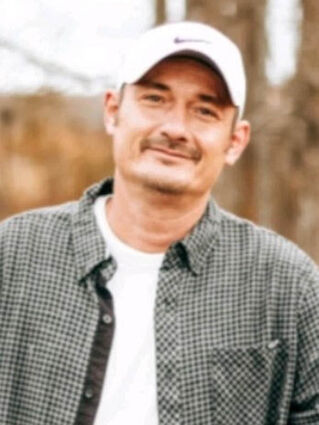 AKWESASNE - Harvey James Arquette Jr, 41 of 294 Wade LaFrance Road, Akwesasne. Began his journey to the Sky world on May 30th, 2022, after a long and courageous battle with lung cancer. Harvey was born in Massena, NY on July 21st, 1980. The son of Harvey Arquette Sr (Marlene), and Lola Sawatis (Arquette), and dear twin brother to Jake Arquette.

Harvey is survived by his life partner of 22 years, Lauralee Arquette, whom he married on March 29th, 2008. Together they have given life to 5 beautiful children; Bryli, Jacorey, Seykorah, Winston, and Philomena. Known to many as "The Arquette Crew". Including a stepson Jaylee and first grandchild Raiden both of whom reside in Tyendinaga Mohawk Territory.

Harvey is also survived by a younger brother Tony Arquette, along with many nieces and nephews. His god-daughters Meadow Phillips and Annabelle Mitchell. Harvey is also survived by many friends who became family, and cousins he'd call siblings. Harvey was predeceased by a brother, Mitchell Arquette on April 29th, 2005. And his cherished childhood friend, and Pit-Crew Chief Brian Patterson on February 14th, 2007. Harvey attended Tsi Snaihne School during his childhood, then travelled to Tahlequah, Oklahoma to attend Sequoyah High School. Later successfully attaining his GED, with outstanding scores.

Harvey was a "Jack of all trades", holding knowledge and skills in just about every trade there is. He was an excellent mechanic, mason, carpenter, electrician, he knew plumbing and heating, agriculture, and so much more. There wasn't a puzzle or riddle he couldn't solve. Fun fact.... Harvey was a history buff, who loved science and engineering.

Harvey worked as a mason for Charles T. Driscoll Masonry Restoration Co., then as a mechanic at Cook's Auto Garage for many years, followed by a lengthy employment at Mohawk Plumbing and Heating. Most recently, from 2016-2021 Harvey worked in the Maintenance Department for the Saint Regis Mohawk Tribe.

Harvey carried a deep passion for racing, boating, camping, fishing, he enjoyed a good BBQ, Country Music and having cold one with one of the DRB's. Most evenings you could find Harvey cheering on them Montreal Canadiens and yelling at those New England Patriots. He loved adventure, which lead to a Cross Country Trek for him and his family in the Spring of 2021. Harvey was wrapped in love and cherished by so many. He will be greatly missed by his wife, children, family and friends. Soar High Bubba!

Friends called at the Akwesasne Homemakers on Sunday, and funeral service were held at 11:00 a.m. He will be laid to rest on the family property on Swamp Road following the services. His memorial meal will follow the burial, also on Swamp Road.