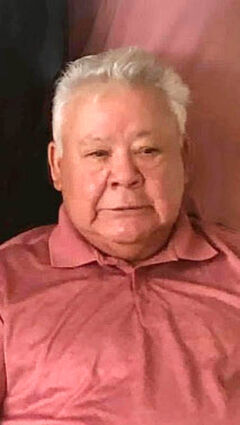 Akwesasne: Joseph J. "Jimmy" Mitchell "Aronhiatekha" ,75, of Akwesasne, better known as Bubba, passed away on Thursday, May 26, 2022 at the Cornwall Community Hospital.

Jimmy was born September 3, 1946 on Kawehnoke, the son of the late John and Evelyn (Thompson) Mitchell. He attended school on Kawehnoke and later married Diana Sawatis on May 28, 1988 at St. Regis Catholic Church. He was an Ironworker for Local #711 of Montreal for many years.

Jimmy enjoyed fishing and was in many bowling and pool leagues throughout the years. He also liked playing radio bingo, going to the casino and was a great cook who was known for his biscuits and corn soup.

Memorial contributions in Jimmy's name may be made to the Hogansburg American Legion or Hogansburg Akwesasne Volunteer Fire Department.

Arrangements are with the Donaldson Funeral Home in Massena where memories and condolences may be shared online at www.donaldsonfh.com