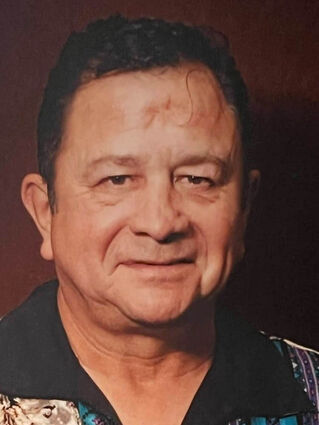 AKWESASNE – Wayne Maurice McDonald, 82, of McDonald Avenue, TsiSnaihne passed away late Monday evening, May 9, 2022 at his home after a brief illness.

Wayne was born on August 8, 1939, in Hogansburg, the son of the late Louis and Sarah Cecelia (Arquette) McDonald and attended Mohawk Schools. In 1957, he married Phyllis Taylor, their marriage later ended in divorce. He later found love again, marrying Irene Thompson Jacobs. She predeceased him on March 17, 2004.

Wayne was an ironworker working for American Bridge with many Ironworker's Locals including Local #40. He proudly would tell people that he achieved over 60 years with the Ironworker's. Wayne was an avid reader, enjoyed picking sweetgrass and leeks, and cutting the grass. Of all his enjoyments and hobbies, spending time with his grandchildren is what truly meant the most to him.

In addition to his wife and parents, he was predeceased by his children, Elizabeth in infancy, Louis W., Harold, and Russell Jacobs and Yvonne Miller; his sister, Beatrice (Phil) Francis; and his brothers-in-law, Roy Tarbell and Joe Lauzon.

Friends called at the Akwesasne Homemakers on Wednesday at 4:00 pm until 1:00 pm Thursday. A Mass of Christian Burial will be celebrated Thursday 2:00 pm at St. Regis Catholic Church with Rev. Jerome Pastores officiating. Burial will follow in St. Lawrence Cemetery.

In lieu of flowers, those wishing may consider donations to the St. Kateri Tekakwitha Heritage Fund in care of St. Regis Catholic Church in his memory.

Arrangements are under the care and guidance of the Donaldson Funeral Home, Massena, where memories may be shared and condolences offered online at http://www.donaldsonfh.com.